If you’ve ever been pregnant, (and even if you haven’t), you have been constantly surrounded by people who have their opinions on what is best for an expectant mother and what is best for the baby once born. Sometimes it is out of pure concern but often times, at the risk of sounding ungrateful, I find it is out of sheer nosiness or downright pushiness. Don’t get me wrong, as a new mum, some advice was welcome as I did not have experience in all areas in my role as a mother. However, having Aava and molding my knowledge in my previous job at a baby store and as a baby registry specialist, I felt like my research for my job and for personal reasons left me quite Ghandi-like when it came to babies, if not motherhood. Most of this “advice” was warranted, however, some suggestions were quite ludicrous. I had to hold my tongue and apply a “smile and nod” tactic on numerous occasions so as not to appear as a belligerent mumzilla. A lot of this advice “comprised” of things I shouldn’t do as an expectant mother and once baby came into the world, and not much of what I should do.

When I first became pregnant, my hair was one of my main concerns because of my already existent struggle with its thickness and its awkward length due to constant my experimental cuts. These haircuts, however, were often useless because my hair growth was always so frequent and excessive that my style never lasted more than a week to two weeks tops. Before I became pregnant I had always “known” that chemical straightening or dyeing of hair could be harmful during pregnancy, if not to the baby, to your hair health. However, I had remembered that Jade had actually chemically texturised her hair while she was pregnant and in my research, I found nothing conclusive about the relation of hair straightening to baby health although there were some concerns about hair dye. I was between a rock and a hard place. The fact that I was soon starting a new job wasn’t helping either as I wanted a fresh look. I eventually decided that straightening it was out of the question but if I could cut it, then maybe I could manage the thickness better. Based on my experiences you would think I would know better, right? Even the voice in my head, (my mother, actually) telling me not to cut it because it would be too thick if not straightened out first did not deter me from planting my behind in the stylist chair and telling her to cut it off in a signature Rihanna-esque style. Needless to say, the style lasted me all but a week and a half before I was near to tears in the morning because my hair had taken up half of my “get ready” routine and it still looked like shit. If you read my post, “This Baby is Trying to Kill Me”, you know I eventually surrendered to box braids to keep my tresses at bay. 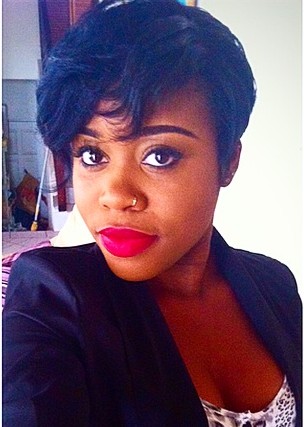 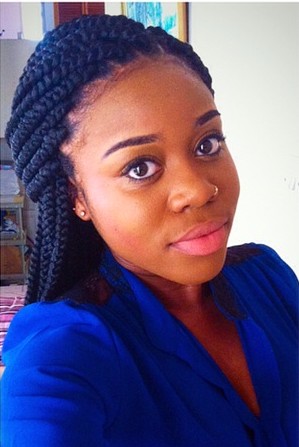 This was advice I didn’t quite welcome. Not that I consumed much microwaved food to begin with, but I felt like the whole microwaved food debate was so inconsistent and the wary scientist in me had leaned towards the more “scientific” explanation of how microwaves could be harmful to us besides the theory of mutation of food particles and nutrition. Or whatever hogwash microwave-shamers were spewing. For me, the microwave was highly convenient. Especially as my energy became depleted and my appetite became more demanding. Waiting for food to heat in a conventional oven with increasing hunger didn’t appeal to me when compared to the 3-4 minutes for a dinner plate in the microwave and in often cases, like at work, I didn’t have much of a choice. Besides this, I had been using a microwave long before I was pregnant and did not agree with the notion that microwaved food was any more harmful than non-microwaved food (not including microwave dinners; that’s a whole other conversation). I won’t bother to go into detail about why microwaves did not concern me. I mean, unless you want me to, then in that case I can dedicate an entire blog post to the topic; I have a lot to say! Regardless of the advice, I continued to consume microwaved food when necessary and my baby turned out just fine.

This advice had actually been given to me by my doctor, and having just been weighed and discovering I had put on yet an extra 5 pounds since my previous weigh-in, this advice was met with a horrified stare and sheer unwillingness. Even after he clarified these meals should consist of three main meals and snacks in between, I still couldn’t wrap my “fit life” mind around consuming that much food. All I heard was “eat a ton” and that just made me think of getting fatt…er. In addition, being at work made it extremely difficult to guarantee such a meal schedule. Breakfast was always part of my routine and so was lunch with maybe a snack or two in between. But as time went along, my snacks were becoming less health-oriented and more “whatever the hell the baby wanted to eat.” Also, getting home after 7:00pm, I knew there was less of a chance of me preparing something healthy to eat and more of a chance of me shoveling junk food.

Which kind of, sort of ended up happening anyway.

At some point in my pregnancy, I think I had accepted that putting on a few pounds during that time was completely natural and practically unavoidable. Boy, did that make burgers and pizza after 8:00pm so much more guilt-free.

This advice put my “smile and nod” tactic to the test!

I actually guffawed when I first heard this and I guffaw as I write it now. What?

And the reason? Try not to laugh, will you? “It will give the baby nightmares or frighten the baby”.

Yes, this was the reason. No, this advice did not come from the patient of a mental asylum.

Of course, I vehemently ignored this advice maybe even gravitating towards more violent films. On the contrary to this ridiculous claim, I had actually read in my research that exposure to loud sounds such as gunshots and dog barking stimulated the baby’s hearing for his entrance into the world and served as preparation almost for his encountering of these sounds in the future. Besides, for me, practicing such unnecessarily overprotective habits with my baby from as early on as in the womb was totally against the parenting style I had intended to exercise; one that would not encourage my son to be a wuss. Want to watch a horror movie at five years old? Go right ahead. Want to go on the biggest, tallest ride at the theme park? Absolutely. Want to tackle the deep end of the pool? Go for it! I wanted my son to have his own experiences and make his own mistakes, not keep him under my mumbrella until he was 30 years old and then release him as a stumbling newborn foal into a world of ruthless stallions.

Watching “The Gallows”  late at night with all the lights off? Don’t mind if I do.

Although I was grateful to be surrounded by people who obviously cared about me and my baby, I found the advice quite overwhelming, at times. In a position where I was already nervous and anxious about my journey through pregnancy and what it meant to be a mother, the advice coming from all sides almost, almost made me feel inadequate. At the end of the day, I was carrying the baby, and I would be the one responsible to help mold this child into the best representation of himself that he could be.

I get it. Everyone has their opinions on how to best take care of yourself during pregnancy, and when you’re a new mother, this advice comes in tenfold because you’re practically oblivious and useless to yourself it would seem. And Google and the Internet are soooo unreliable, too. Right?

Let’s be honest. A lot of this crazy advice is usually provided by the older woman or the woman who celebrates each New Year with a child but with modern technology and the wide range of sources for expectant mums out there, word-of-old-people’s-mouth is no longer the “go to” source for everything baby.

Times are changing and so is information. I decided being current was so much more important than being subservient.